Seek Sanctuary in the Magnificent Cathedrals of Nice 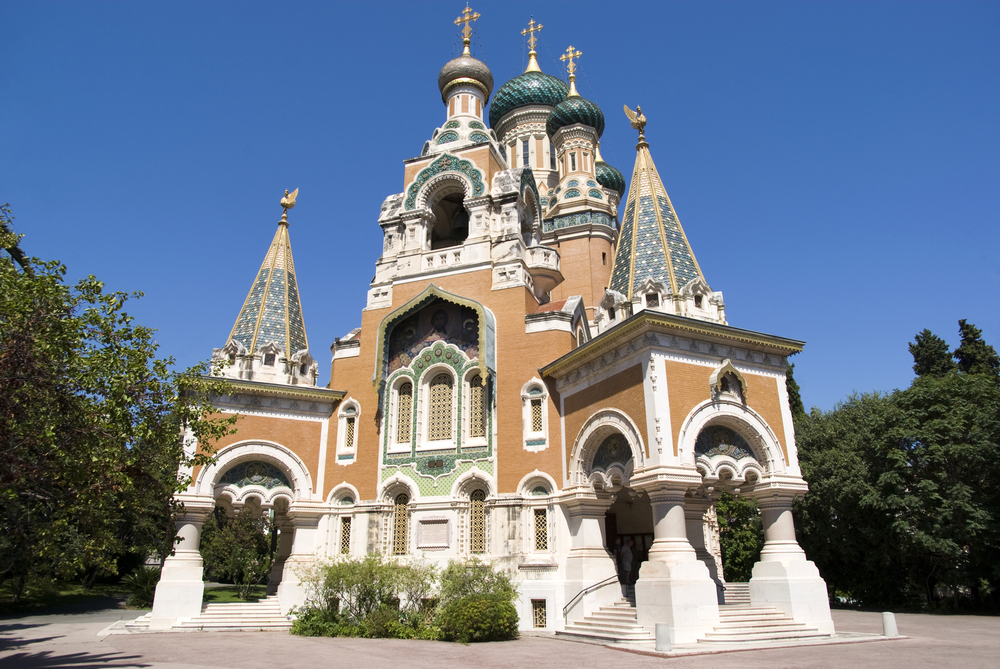 At Essential Sailing, we love the history, culture and cuisine of the places we visit almost as much as the sailing to get there. Our Captain’s Blog brings you a taste of what to expect from our luxury crewed sailing holidays around the French and Italian Riviera. In this blog we seek sanctuary in the magnificent cathedrals of Nice.

This magnificent pink and grey Russian Orthodox church, crowned by six gleaming green onion-shaped cupolas, was built by Tsar Nicolas II in 1903 in memory of Alexander II’s son Nicolas, who is buried in the grounds. The young consumptive Tsarevich Nicolas was brought to Nice in search of good health in 1865, but to no avail. The luxurious villa in which he died was later demolished to build the cathedral and a mortuary chapel.

The interior takes the form of a Greek cross and is brimming with precious icons, frescoes and treasures. The lavish iconostasis separating the sanctuary from the nave features a striking icon of Our Lady of Kazan, painted on wood and set amid a riot of silver and precious stones. The church still conducts regular services in Russian.

Nice’s beautiful baroque cathedral was built by local architect Jean-André Guibera in 1650 and dedicated to the city’s patron saint, Réparate, who was martyred in Asia Minor at the tender age of 15.

The building is dominated by an 18th century bell tower and a magnificent emerald dome of Niçoise tiles. The carefully proportioned façade, with its arcaded entrance, decorative niches and medallions, dates from 1825 and has recently been enhanced with clour.

Inside. Visitors are met by a profusion of baroque marble, stucco and gilt. Note the ornate high alter and choir balustrade, the walnut paneling in the sacristy, acquired from Nice’s Dominican convent, and the painting Dispute du Saint-Sacrement in the right transept, attributed to the Raphaël School.