Retrace Roman History in the Cote d’Azur Port of Fréjus 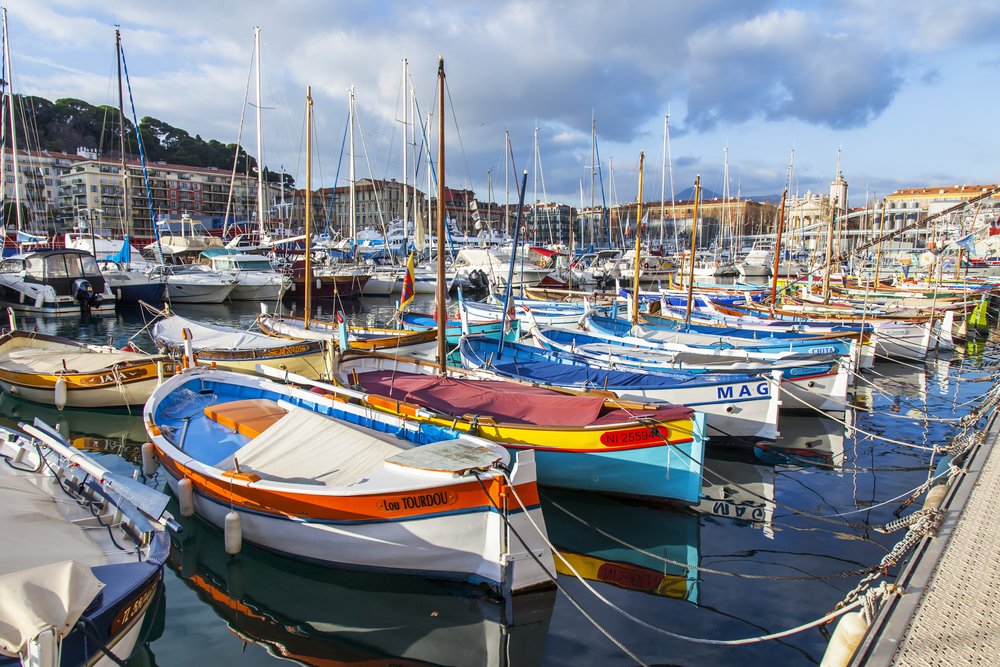 At Essential Sailing, we love the history, culture and cuisine of the places we visit almost as much as the sailing to get there. Our Captain’s Blog brings you a taste of what to expect from our luxury crewed sailing holidays around the French and Italian Riviera. In this blog we retrace the Roman history in the Cote d’Azur port of Fréjus.

Now merged together into a holiday conglomeration with its neighbour St-Raphaël, Fréjus, on the southwest coast of the French Riviera, lies at a strategic position at the mouth of the Argens River between the Massif des Maures and the Massif de l’Esterel. It was founded by Julius Caesar in 49 BC as Forum Julii, an important staging post on the Aurelian Way from Rome to Arles and the oldest Roman city in Gaul. Under Augustus it soon became a flourishing naval base, second only to Marseille, with around 35,000 inhabitants – a population larger than Fréjus today.

Unfortunately, much of the Roman city was destroyed by the Saracens in the 10th century, but some vestiges remain, including sections of the walls and a tower at the western Porte des Gaules. The opposite entrance to the east, the Porte de Rome, marks the end of a 25 miles aqueduct, with a few ruined arches still visible alongside the N7. To the north, the semicircular Théâtre Romain still holds performances in summer, and to the south, remains of the Praetorium of the eastern citadel can still be seen.

Fréjus’ most impressive Roman relic is the deteriorating 1st to 2nd century Arène or amphitheatre, built to seat 10,000 spectators. Although substantially damaged, it is still a popular setting for rock concerts and bullfights. During the summer months the tourists petit train runs between the various sites.

The town’s pride and joy, however, is the 13th century cathedral in the medieval town. The carved walnut doors at the entrance, dating from the Renaissance, are normally protected behind shutters. They portray scenes of a Saracen massacre and are on display only as part of a guided tour. The tour also visits the medieval cloisters, which surround a tranquil garden of scented shrubbery. Originally the cloisters were two storeys high, but only one of the upper galleries remains, held aloft by slender columns and ornately carved ceilings. The perfectly preserved octagonal baptistry is one of France’s oldest.

There is also a small Musée Archéologique within the cathedral illustrating the history of Fréjus with treasures found in the surrounding countryside, including a complete Roman mosaic of a leopard and the famous double-headed bust of Hermes, discovered in 1970 (in fact a copy, as the priceless Hellenistic original is kept securely under lock and key).