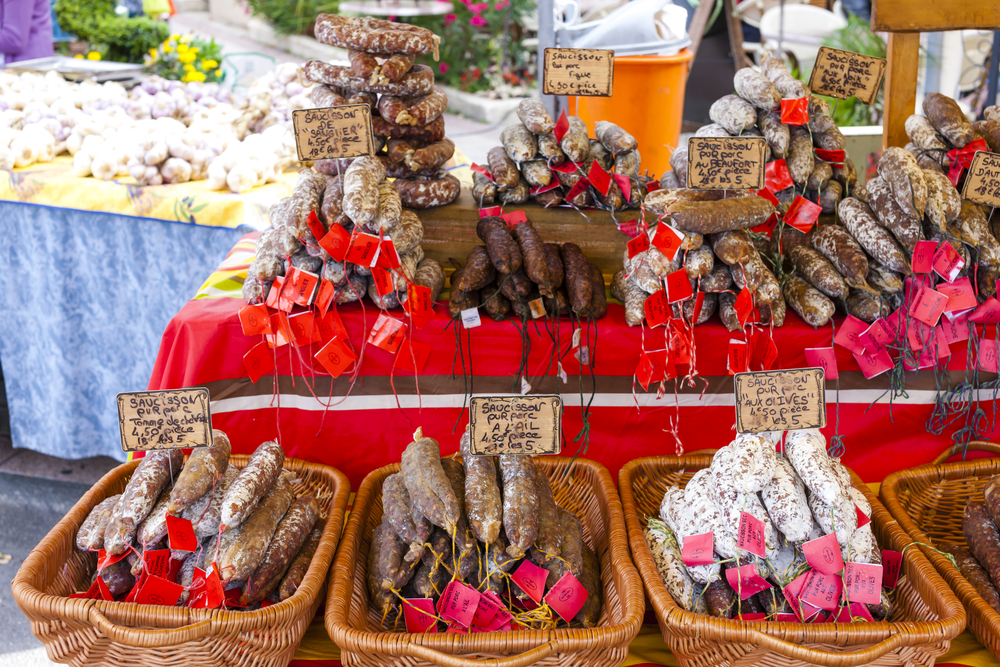 At Essential Sailing, we love the history, culture and cuisine of the places we visit almost as much as the sailing to get there. Our Captain’s Blog brings you a taste of what to expect from our luxury crewed sailing holidays around the French and Italian Riviera. In this blog we savour French cuisine – a world leader in food & wine.

French cuisine is universally recognised as the world leader in the field of food and wine, and of all its great regional styles la cuisine Provençale has one of the strongest personalities – piquant, aromatic Mediterranean dishes with bold, sun-drenched colours and strong earthy flavours as varied as its landscapes.

The Riviera is a region of olive groves. The local black or green olives make tasty tapenades (olive pastes with capers and anchovies), delicious served on crusty bread with sun-dried tomatoes. Other local delicacies include truffles, lavender-scented honey and a medley of tasty mountain cheeses. Near the coast, fish dishes reign supreme. Expect to pay at least 45 Euros for a decent bouillabaisse, or try bourride – poor man’s fish soup! Moules frites (mussels with French fries) are always good value, and don’t be surprised with a plate of shiny, black seaweed draped oursin (sea urchins) as they are considered a great delicacy. Simply scrape out the rosy-pink insides and eat them raw with a glass of chilled white wine.

In the Nice area French cuisine has developed its own distinctive ‘Nissart’ cuisine within the Provençal tradition. It reflects the town’s former association with Italy, with dishes that seductively blend the best of French and Italian traditions. Indeed, pizzas and pastas taste every bit as good in Menton and Nice as they do over the border, and you have never really had ravioli until you try a plateful in Nice, where the dish was first invented. Look also for pissaladière (olive and onion pizza) socca (thin pancakes made of chickpea flour) petits farcis (savoury stuffed artichoke hearts, courgettes and tomatoes) and estocaficada (stock-fish stew).

Eleven per cent of France’s wine comes from Provence. The chalky soil and warm, dry Mediterranean climate lend themselves to the development of smooth, easy-to-drink wines such as Côtes de Provence, known mainly for its dry fruity, rosé wines. For the adventurous wine drinker there are several wines in the AOC (Appellation d’Origine Controlee) category, which come mainly from areas just to the west of the Riviera, but which can readily be found on restaurant wine lists. Particularly sought-after (and not usually cheap) wines include the vigorous red Bandol, the dry white Cassis, and reds, roses and whites from Palette. The tiny wine region of Ballet near Nice produces some particularly fragrant and full-bodied reds, whites and roses. The locals swear these wines are the best accompaniments to regional dishes, but few bottles ever get beyond the cellars of the Riviera’s most exclusive restaurants.