Enjoy the Splendour of the Riviera Ponte – The ‘Riviera of Flowers’ 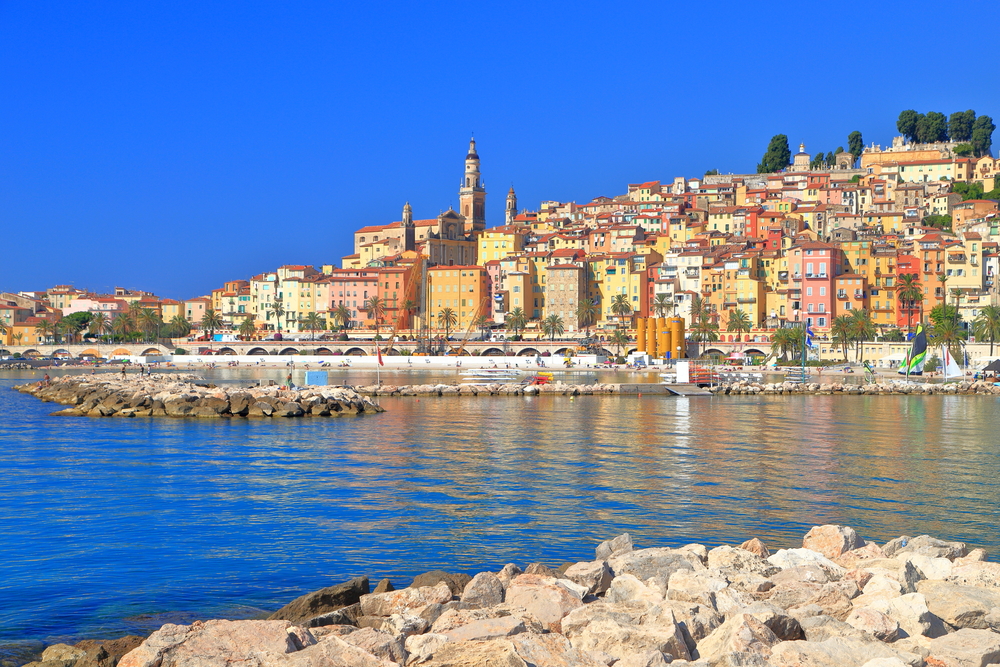 At Essential Sailing, we love the history, culture and cuisine of the places we visit almost as much as the sailing to get there. Our Captain’s Blog brings you a taste of what to expect from our luxury crewed sailing holidays around the French and Italian Riviera. In this blog we enjoy the splendour of the Riviera Ponte – The ‘Riviera of Flowers’.

The Riviera Ponte is also known as the ‘Riviera of Flowers’, a name derived from the fact that as much 70% of the horticulture along the coast is devoted to flower growing. The business started with Ludwig Winter, a German landscape architect, who set up a horticultural business and showed that flowers could be cultivated for profit by exporting them to northern Europe.

Discovering popular MENTON – Menton was one of the most popular resorts on the Riviera Ponte for the English in the 19th and early 20th centuries, being particularly recommended for its climate which was believed to be beneficial for chest complaints. Katherine Mansfield spent her last years here before she died at an early age from tuberculosis and wrote a poignant last letter to John Murray from Menton. The artist Jean Cocteau has been adopted by the town and the new museum dedicated to his work is definitely worthy of a visit.

Gambling in the grand manner of SAN REMO – before the 2nd World War San Remo was the haunt of the rich, and renowned for its fine hotels and restaurants offering service in the ‘grand manner’ and for its casino where large sums could be lost or won. Whilst now one no longer needs a dinner jacket to gamble in the casino, the vestiges of the era remain and the elegant villas and hotels confer the charm of a once-exclusive resort on the town.

Savouring olives and pasta in IMPERIA – Imperia is a comparatively new town resulting from the unification of Porto Maurizo and Oneglia. It is the provincial capital and the regional centre for olive production. It also claims to be the regional centre for pasta and just outside Imperia at Pontedassio there is the museum of the Agnesi pasta firm devoted to the history and varieties of pasta. Imperia is a relaxed place with a good boaty atmosphere and excellent restaurants and bars ashore

Setting yourself amongst the rich and famous of ALASSIO – the Riviera Ponte town of Alassio is a popular tourist resort boasting many good hotels, restaurants and bars. It is famous not only for its fine old buildings and towers, but also for its muretto (little wall), where the signatures of famous visitors such as Sophia Loren, Winston Churchill, Frank Sinatra and Ernest Hemingway, are reproduced on ceramic tiles incorporated in the wall. Every August the Festival of Muretto including a beauty contest is held, and presumably the winner gets to include her hand-print among those of the rich and famous.

Tasting local wine in FINALE LIGURE – the Riviera Ponte town of Finale is an unassuming seaside town with some fine old architecture. In the 14th century when most of the towns along the coast surrendered their independence to Genoa, Finale did not and under the Marquis of Savonna turned to Spain for help, thereby obtaining a foothold for the Spanish in Italy. Not until 1713 did Genoa obtain Finale and then for less than a century. The surrounding hills are extensively cultivated with the vine and a fine white wine, Lamassina, is produced locally.

Retracing history in sophisticated SAVONA – Savona is the fifth largest port in Italy, handling mostly oil and coal. The town centre a short distance away is a sophisticated shopping area replete with elegant boutiques and smart cafes. Many medieval buildings have been restored along the cobbled streets. The arcaded ‘high street’, the Via Paleocapa, leads to the Leon Pancaldo Tower erected to the sailor from Savonna who was one of Magellan’s navigators on the first round-the-world voyage in 1520.

Pottering in workaday VARRAZE – the Riviera Ponte town of Varazze is a major tourist resort though it retains a relaxed old-world atmosphere. Tall palms line the beach and the old town seems wreathed in greenery and flowers. The harbour is a short distance from the town and has a more workaday atmosphere to it – a pleasant place to watch owners pottering about their craft in their own little world or professionals getting on with the job in their own no-nonsense way.

Immersing yourself in bustling GENOA – the birthplace of Christopher Columbus, Genoa has been an important maritime centre since the 11th century, and today its bustling, modern harbours form Italy’s most important commercial port. The square 117m high lighthouse, called Lanterna, used to burn wood to guide ships into port, and the modern aquarium houses an exciting collection of marine life in reconstructed natural habitats.